“It was a house that required people of quality”, assert the owners of this exceptional 800m2 villa in the Belgian seaside resort, Le Zoute.
It was without hesitation that they called upon Olivier Lempereur not only to rework the interiors, but also to imagine a new façade and patio at the front.

Built in the late-Sixties, the structure required a complete overhaul.
With the help of local architect Hans De Keyser, the owners enlarged the windows, replaced the roof tiles with thatch and almost completed gutted the inside.

The ﬁrst task was to completely revise the layout.
One of their most crucial decisions was to separate the master suite with its lofty vaulted ceiling from the rest of the house. Now equipped with its own staircase that leads up from the ground level, it had been previously accessed via a communal corridor on the ﬁrst ﬂoor, which served other bedrooms too.

Another space that is eye-catching is the dining room, with its mirrored stainless-steel ceiling and angular geometric wall panels clad in leather and straw marquetry.
“We turned what was a rather unprepossessing space into a really precious box”, notes Olivier.

The rest of their scheme boasts their trademark elegant aesthetic: a precision in the lines, a sobriety in the choice of materials and a subdued colour palette.

As work progressed, Olivier was asked to redesign the front of the house too.
They came up with a patio dominated by a large pond with a small island at its heart, and clad the façade with a rhythmical screen consisting of horizontal painted-steel bars. 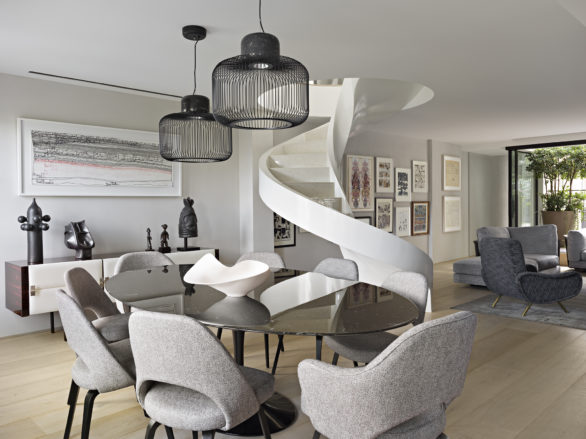 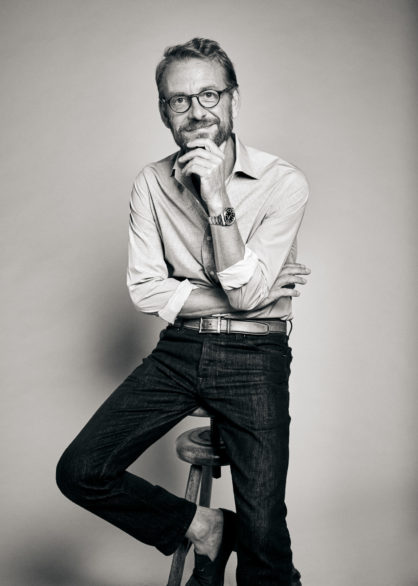 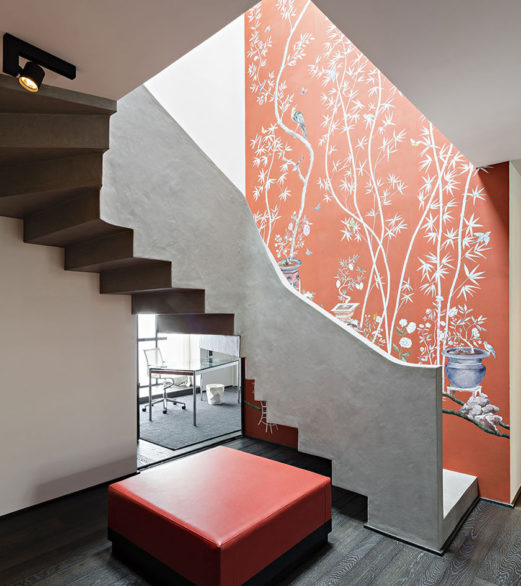 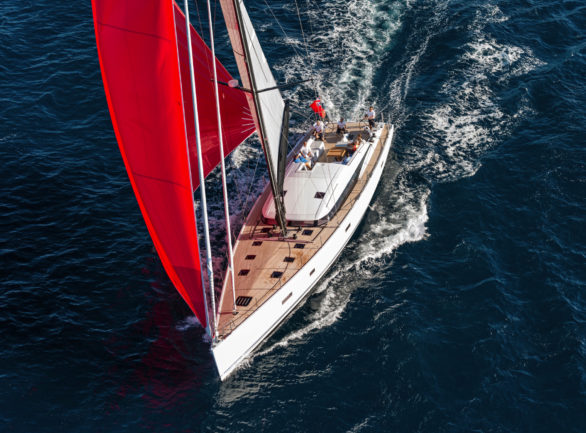 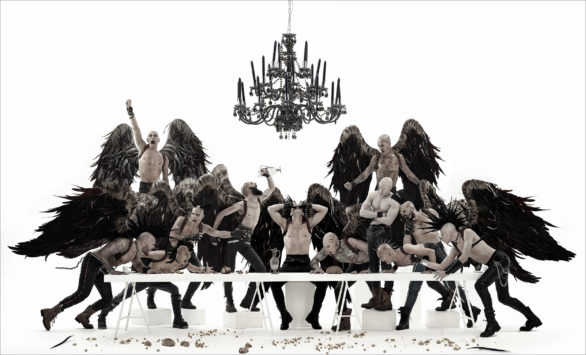 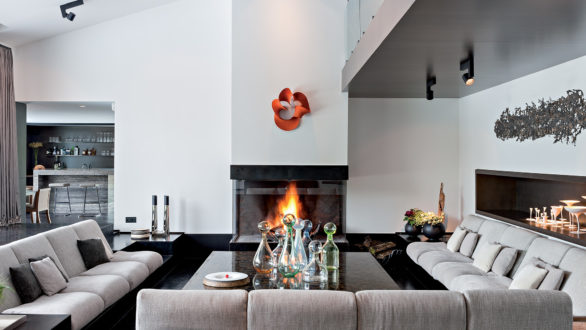